What Not to Do When the Fed Cuts Interest Rates 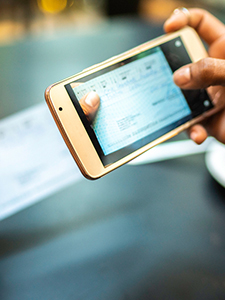 Earlier this month, the Federal Open Market Committee (FOMC) voted for a quarter-point interest rate cut, the second one this year.  When the Fed cuts the Federal benchmark interest rate, all interest rates will react by trending lower.  The cost of borrowing money, like the average mortgage rate, will fall, but the return on your savings account will also be lower, and can hurt some savers expecting to earn interest income.

Here are three actions to not take when the Fed cuts interest rates.

A certificate of deposit (CD) is a federally insured savings account with a fixed interest rate and a set date of withdrawal or maturity date.  CD term lengths range on average between a few months and five years but can also be as long as a decade.  The longer the term length, the higher the interest you will earn.  When interest rates are low, you will consequently earn less interest on a CD.  Many consumers react by moving money into liquid accounts like high-yield money-market and savings accounts.  While those accounts yield higher interest, this interest is not guaranteed like a CD.  If instead you choose to invest in a longer-term CD with a high interest rate, you could be sitting on a higher yield when you cash out in three to five years.

Don’t leave your money idle in the bank.

Are you one of the 70% of American consumers with money sitting in a savings account that earns less than 2% in interest?  This is a costly move, especially when interest rates are low.  Shop around for a bank or credit union that offers a higher interest rate on your savings.  Banks will continue to compete for your business, especially when rates are low.  A little research now could mean big savings later.

Recession scares and interest rate changes may cause some knee-jerk reactions, like pulling money out of your retirement account.  Despite recent stock market volatility due to ongoing trade disputes plus a divided Fed on future rate hikes, most economists do not recommend making major changes to retirement plans.

Lower interest rates mean a lower cost to borrow money, but also a lower return on your savings investments.  The statement from the last FOMC meeting indicates Fed officials are split on whether or not to continue cutting rates or leave rates unchanged.  Monetary policy is influenced by greater economic influences like the labor market and consumer spending.  Any future FOMC moves will be influenced by that data.